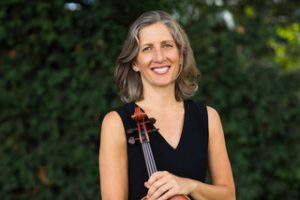 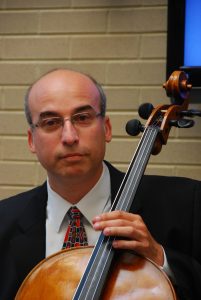 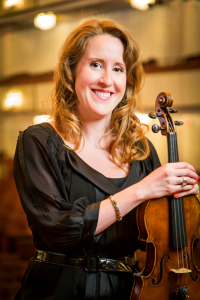 Australian violinist Alexandra Osborne enjoys an exciting career as an orchestral and chamber musician, solo artist, and teacher. She was appointed to the National Symphony Orchestra by Christoph Eschenbach and most recently was Acting Assistant Concertmaster. Ms. Osborne is a laureate of the Michael Hill International Violin Competition and a gold medalist of the Symphony Australia Young Performers Award.  Recent highlights include tours with the Australian Chamber Orchestra, a concert on the “King Louis XIV” Amati at the Smithsonian American History Museum, Guest Concertmaster with the Auckland Philharmonia, the Dvorak Piano Quintet with Maestro Eschenbach, the Fortas Chamber Music Series, appearances at the Lucerne, Bonn, Grafenegg and Rostropovich Festivals, and the BBC Proms.  A graduate of The Curtis Institute of Music and The Juilliard School, she plays with the 21st Century Consort, Eclipse Chamber Orchestra, The Last Stand Quartet, and is a teaching artist for the American Youth Philharmonic Orchestra and the NSO’s Youth Fellowship program. 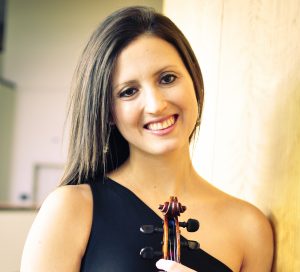 Rebecca Racusin, founding board member and president of Jackson Hole Chamber Music, enjoys a versatile career as an orchestral player, chamber musician, and solo violinist.  She is a member of both the Baltimore and Eclipse Chamber Orchestras and plays regularly with the Baltimore Symphony Orchestra and the San Francisco Ballet Orchestra.  Ms. Racusin was appointed as a principal player of GRAMMY-nominated ensemble Inscape Chamber Orchestra in 2012, and is a founding member of the San Francisco based Sunset Duo.  She has most recently performed as a soloist with the Eclipse Chamber Orchestra and the Central Jersey Symphony Orchestra.  She was a member of the orchestra and chamber music faculty at the Wintergreen Performing Arts Festival and Academy from 2013-2016, and performed this past summer at the Grand Teton Music Festival.  Ms. Racusin received her B.A. from Harvard University while studying with James Buswell at the New England Conservatory and her M.M. from the University of Maryland’s School of Music where she held a graduate assistantship under the tutelage of Elisabeth Adkins. 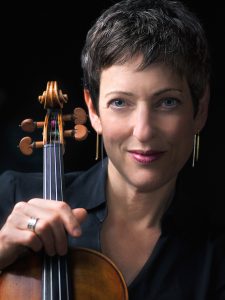 Violinist Jennifer Ross began her career at the age of 19 as Associate Concertmaster of the Honolulu Symphony. She then joined the Cincinnati Symphony and went on to become Principal Second Violin of the Pittsburgh Symphony from 1999 until 2017. She has also performed with the Seattle Symphony, ProMusica Chamber Orchestra, the LA Chamber Orchestra and l’Orchestre Symphonique de Montreal. An active chamber musician, she has collaborated with Pinchas Zuckerman, Lynn Harrell, Denis Kozhukhin and Jaime Laredo. Much in demand as a teacher, Ms. Ross coaches regularly at the New World Symphony, the National Youth Orchestra of the USA, and the National Orchestral Institute. She gives master classes, workshops and clinics at universities and music festivals across the country.  Ms. Ross has spent the last 36 summers performing at the Grand Teton Music Festival. She is an avid hiker, cyclist, runner, and certified yoga instructor.